The Up and Down History of Gose 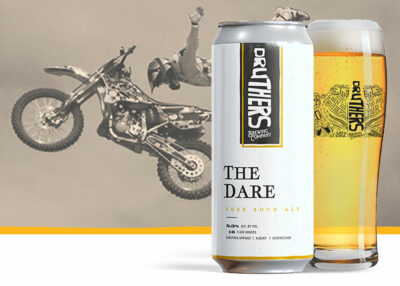 Before we can even make a single “here’s how the story gose” joke, the beer is pronounced “goz-uh.” So that won’t exactly work. But it does have a storied history going all the way back to the thirteenth century that is still worth telling today – especially for those who love a good comeback.

Gose was first brewed in the small town of Goslar, Germany over 1,000 years ago. It used 50% malted wheat, 50% malted barley, coriander and salty water from the Gose River, which is exactly how it got its name and signature sour taste.

Originally, the beer was made using spontaneous fermentation (meaning the cooling wort was left exposed to the open air, floating yeast and bacteria). This gave it a tart flavor with herbal notes from the coriander.

It wasn’t until 1738 that the small town brewers in Goslar found a bigger market for the beer in nearby Leipzig. Leipzigers couldn’t get enough of this lip-puckering brew. By the 1800s, there were over 80 gosenschenkes or Gose taverns in the city. Pubs often had to join a waiting list to get their hands on it. It’s why the “traditional” Gose is now considered the Leipsiger Gose. Sadly, this popularity wouldn’t last.

Due to the two World Wars in Germany and a food shortage, grain was being designated bread-making instead of beer-making. This caused a near extinction of gose. But even after the wars, Germans were increasingly taking a liking to pilsners, which were more easily stored and transported. There was only one dedicated gose brewery still operating in the country after WWII. It wasn’t until the fall of the Berlin Wall in 1989 that the style was revived by Leipzig locals and a man by the name of Lothar Goldhahn.

Goldhahn reopened the once-famed gose tavern, “Ohne Bedenken,” which was badly damaged during a bombing raid on the city. Goldhahn brought in a former employee, who still had original recipe notes for the forgotten beer style.

By this point, some native Leipzigers never had the brew that was made famous by their town. There was a renewed interest, but economic troubles still caused Goldhahn to close the brewery in 1995.

An up and coming brewer, Tilo Jänichen, took the baton next and modified the original recipe for his brewery in 1999. It was this iteration that stuck. Now craft brewers around the globe are trying their hand at gose.

The present-day interpretation gets the tartness from top-fermenting yeast and the addition of lactobacillus bacteria. Fruit-flavored syrups are often added to balance the sourness.

Though gose beers tend to be lower in ABV, our award-winning Double Dare Strong Gose comes in at 7.1% with a refreshing, citrusy taste. Try it today and do your part to ensure this beer never goes away again!