What is a Belgian Tripel? 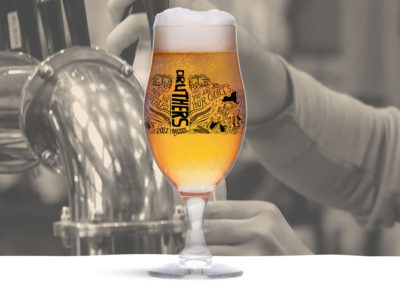 In this case, the name is both a helpful and slightly deceptive place to start. It is in fact a style born from the Belgian Trappist brewing tradition, but nothing is exactly tripled in its production.

Nonetheless, we have to go back to those early days in monastery breweries to better understand how we ended up with a perfectly golden-hued thirst quencher.

The Trappist beer tradition says that beer must be brewed by a protected and certified order of abbey monks. These breweries are not intended to be a profit-making venture, instead the sales cover the living expenses of the monks and the upkeep of the buildings and grounds. The typical lineup would consist of a Single, Dubbel and Tripel. A Single is also called a “patersbier,” which means ‘father’s beer.” This Belgian session style beer tended to be low in alcohol and was reserved for the monks to drink themselves. The Dubbel was a darker amber or brown ale that came in around 7% ABV. The Tripel was a beautiful golden ale with the highest ABV of the trio. This evolution would appear to be consistent with the Belgium brewing process of the time, where breweries were charged by the mash tun (a vessel where grains and water mix to create a wort), rather than how much beer was actually produced. It was cost-conscious for brewers to make various strength beers from the same mash. Myth also says that X’s were used to mark the casks of beer: a single X for the weakest beer, XX for medium-strength and XXX for the strongest. Hence singel, dubbel and tripel.

Now, the tripel is the youngest of that group. A style that was really put on the map by a particularly competitive brewing scientist and yeast specialist, Hendrik Verlinden, from Drie Linden Brewery. Because by the 1920s, the pale lagers of Germany were becoming increasingly popular and even moving into Belgium. Verlinden wanted to put a stop to that. He did so with a beautiful and strong golden ale, which was released around 1932 under the name “Witkap Pater,” which eventually became “Witkap Tripel.” The beer was marketed as a Trappist beer, though Verlinden was not a member of the order. But he had consulted for Westmalle, a Trappist brewery in Belgium, and may have been given a pass for that reason. Verlinden is widely regarded as the person who brought the style into the mainstream, but the monks at Westmalle continued to advance the recipe and in the 1950s the name was shortened to just Tripel. The recipe hasn’t been changed since the monks perfected it. They put in lots of Pilsner malts, adjunct sugars, a good Belgian yeast and bottle condition it for that refreshing carbonation feel. It’s the gold standard of the Belgian Tripel.

The Golden Child of Beers

The key to a Belgian Tripel is to be extremely drinkable, despite its complexity and high alcohol content. A yellowish gold appearance and thick head will invite you in, but this is a beer that can sneak up on you.The Beer Judge Certification Program (BJCP) guidelines describe a Belgian Tripel as “a pale, somewhat spicy, dry, strong Trappist ale with a pleasant rounded malt flavor and firm bitterness.” You will be able to smell the spice too. It’s peppery and sometimes even clove-like. When you take a sip, try to taste the complex notes of orange citrus, subtle banana, floral and the famous signature spice. It may leave a slightly bitter aftertaste, but nothing too sharp.

Because of its assorted flavor profile, Belgian Tripels pair well with a variety of foods. You can match spice for spice and try alongside Cajun or Thai foods, but it can also complement a BBQ dish and hold its own with roasted vegetables or a cheese plate.

If you’ve never dipped your toes into Belgian Tripel waters, Druthers Brewing Company seasonally offers our Truth Serum. It’s brewed with a massive amount of pilsner malt supplemented with several kinds of sugar for a fruity, malty and spiced delight coming in at 12% ABV.