What’s In a Name – Barleywine Edition 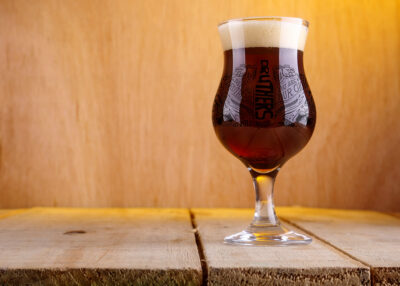 In this case, “barleywine” manages to be both a helpful description and a tricky misnomer.

Let’s start with what it gets wrong. Barleywine is not wine. It is a beer made from sugars extracted from grains. So why in the world is it called a wine? Because of its strength and complexity that are similar to that of wine.

Barleywines are some of the strongest beers on the market with ABVs between 8 and 12%. This was before IPAs and Imperial Stouts took over the brewing scene, too. Back then, a majority of beer fell between 4 to 5% ABV. So barleywines were considerably stronger and much closer to wine. With those big ABVs, the alcohol level allows barleywine to age extremely well. You could even say it “ages like fine wine.”

To achieve a high ABV, brewers have to be heavy-handed with the malt (typically barley). But all of that malt increases the sweetness, meaning barleywines need more hops to keep them balanced. This is where things get complex. Because these extra helpings of malt, hops and alcohol can combine in totally unique ways to deliver nuanced notes of bread, caramel, honey, molasses and toffee flavor. You will often hear people dissect subtle notes of flavor while tasting wine as well.

Barleywine is also complex because it typically comes in two different forms: a hoppier American-style and a mellower English-style. But no matter the style, the hops and yeast take a backseat to the malt and alcohol – making this a bit of an anomaly in the brewing world.

This rich copper to dark-red-brown beer gives off a boozy characteristic. Its rich and complex flavors make it a perfect after dinner drink. You can try our Simple Truth Barleywine that is brewed with more than twice as much malt as most beers! This ale is rich and malty with fruit notes reminiscent of strawberry with enough hop bitterness to balance the finish. May we suggest pairing with our Chocolate Fudge Cake?